⏳ 8min read /✍ by Diego Gonzalez Bravo It was March 2014, the last year of the investment period of Cygnus I, our first fund, a relatively small- angel fund that was seeking diversification through a portfolio of 15 tech startups at Pre-Seed & Seed stages. We had 3 checks left to allocate, and although […] It was March 2014, the last year of the investment period of Cygnus I, our first fund, a relatively small- angel fund that was seeking diversification through a portfolio of 15 tech startups at Pre-Seed & Seed stages. We had 3 checks left to allocate, and although we were “rookies” in the VC industry, we had already some experience in the business following 2 years of intense scouting & analysis of, literally, hundreds of prospects, ending up with 12 companies in our portfolio.

What did we see in Auth0?

Product: The single sign-on solution proposed by Auth0 dramatically made user’s lives easier. The authentication process (and the later identity management feature) was a simple and friendly solution but it required a highly complex and specialized technology infrastructure.

Market: The solution solved a problem experienced, or to be experienced in the near future, by all corporate and individual users. Auth0 offered on-premise and cloud authentications. In subsequent years, more and more applications and website moved to the cloud and the requirement for a robust authentication process grew exponentially.

Team:  The founders Eugenio Pace (12 years at Microsoft) y Matías Wolosky (8 years at Southworks) were incredibly solid on the technical aspects of authentication and the were at the forefront of the technology that Auth0 was planning to develop — identity management. They were at the frontier of the knowledge and both co-authored a technical book and manuals on authentication, authorization and identity management: Besides, they had a strong conviction on the company’s go to market strategy. They would not target the CEOs or CTOs of their corporate clients. Their focused on creating the best-in-kind product for the developers community. Auth0 would become the preferred solution for developers, who, in turn, would become  “sellers” of the Auth0 solution to their customers’ CTOs. This strategy was their guiding beacon since 2013, when Auth0 was launched. Time would prove them to be right. In summary, a great product in a very large & growing market, led by a great team. But life is not as straightforward when Latam entrepreneurs go out to the world with their products, and even less when they have to fundraise their startups.

As a result, the original founders brought-in Jon Gelsey as co-founder & CEO. A smart move since his role was critically important during the first period of Auth0, both in the execution side as well as leading the fundraising efforts. Jon, an American citizen, had an extensive career in the field and was well-known in the industry. After 7 years as Strategy & M&A Director at Microsoft, and having served as Senior Investment Manager at Intel Capital, he had the experience and the contacts to lead the initial fundraising efforts required to raise the 2014 Seed round and the following financing rounds.

How did we approach Auth0?

We were introduced to the Auth0 team by Federico Jack, a very successful and experienced Argentine entrepreneur that we had met many years back and was trusted by the Cygnus team.  Federico joined Auth0 as Director of Operations & Finance. He was in charge of the operations in Argentina during the first years and was key for the local fundraising of the Series Seed.

On the other hand, Jon Gelsey was the architect of the participation of Bessemer Venture Partners in the Series Seed. They made an exception with Auth0, as they usually invested higher tickets in Series A onwards. The selection of Bessemer was not casual: Auth0 used to define itself as the “Twilio of identity” and Twilio was one of the companies in its portfolio, enjoying rapid growth and on its path to an IPO (which was finally completed in June 2016).

Our assessment of the investment in Auth0 was quick and the due diligence short. We were convinced that we could not miss this opportunity. We swiftly signed a SAFE with a 20% discount and a valuation cap of USD 8 million(2). Round and use of proceeds from the 2014 Series Seed deck

Neither Jon Gelsey nor Bessemer were wrong about Auth0: the team was executing exceedingly well and the company started to show a remarkable performance. One year late the company was on its path to raise its Series A for USD 9 million led by Bessemer with a USD 7 million ticket.

What came next was a path of constant growth for Auth0. The team’s execution skills and the achievement of ever-increasing goals allowed the company to keep on raising funds in successive financing rounds (but we leave that story to be told by those VC funds who participated in the subsequent rounds). Auth0 round size and valuations

And last but not least..

A last comment, not directly related to the economic aspects of this investment but which is extremely important for us as investors. The personal traits of the founders.

Undoubtedly, Matías and Eugenio are two of the most remarkable LatAm entrepreneurs and, of course, of our portfolio of more than 60 companies. But there is also an aspect that make them stand out among others: their humility and endless good predisposition with their investors and the ecosystem in general.

Despite having invested a small  (really small) amount in a Series Seed round of $2.4M (in a company that overall raised $ 340M), Matías and Eugenio have always had time to answer our questions and doubts, and invariably made themselves available when we invited them as speakers for countless local events. Each time they were in Buenos Aires, they made the time to meet with their Seed investors and give a full presentation about Auth0 state of affairs. They have never changed their attitude. Even when they were running a Unicorn. For us, this is one of the most remarkable traits of this successful team.

The acquisition of Auth0 by Okta has had a massive impact, particularly in LatAm, and the founders will become a source of inspiration and role models for many entrepreneurs in the region. That is great news, too. 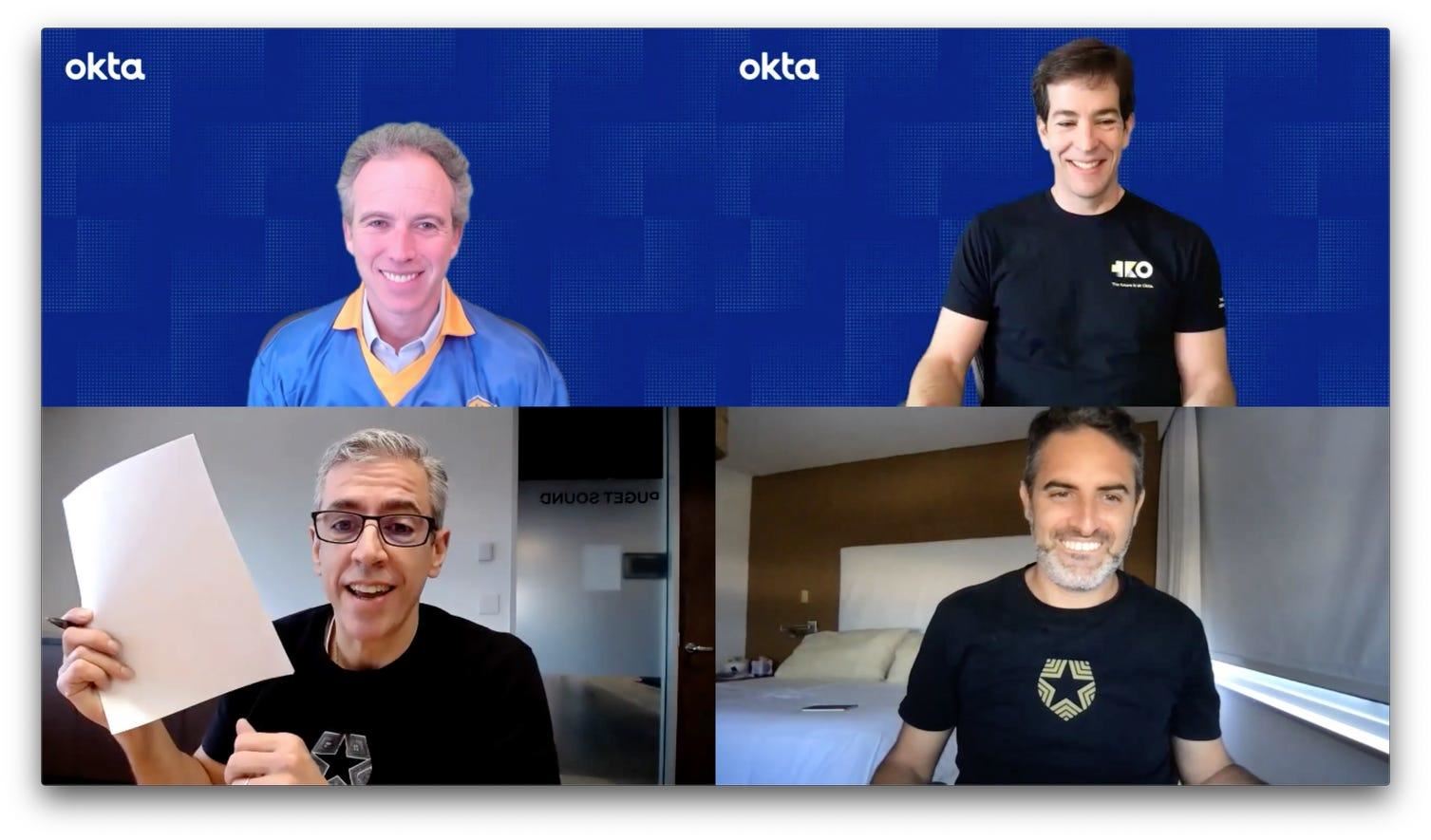