Space, the final frontier… from sci-fi to sci-fact

Space, the final frontier… from sci-fi to sci-fact

⏳ 10min read /✍ by Daniel Salvucci     These are very exciting times for our portfolio-co Satellogic as they’ve announced their public listing through a SPAC, in a deal valuing the company above $1B. This is a huge validation for New Space startups emerging from LATAM and will continue to inspire other entrepreneurs in […]

These are very exciting times for our portfolio-co Satellogic as they’ve announced their public listing through a SPAC, in a deal valuing the company above $1B.

This is a huge validation for New Space startups emerging from LATAM and will continue to inspire other entrepreneurs in the quest of going to “the final frontier”.

Satellogic is the largest Earth Observation Satellite Constellation, funded by Emiliano Kargieman and Gerardo Richarte in 2010. Draper Cygnus invested in Satellogic seed round at prototype stage in 2013 with its first vehicle – Cygnus Capital I is a 15 portfolio fund that includes Satellogic and Auth0 -.

Being part of Satellogic’s early beginnings and journey has been a privilege, apart from its incredible technological innovation the most important fact to highlight is the vision and resilience of Emiliano and Gerardo. Real-life Heroes.

A new dance between Space and Venture Capital

Since getting involved with Satellogic, Space has been part of our thesis. During the past nine years we studied how different tech and business trends evolved, met tens of incredible founders and grew our network in the Space industry.

In that process we came with a simplified thought framework for space startups. You can think about Space innovation as a series of bottlenecks, when startups solve one of them they enable new scopes of products and services and other bottlenecks appear creating new problems for other startups to innovate and build business. An important fact is that each solved bottleneck creates multiple market opportunities each in the billions to trillions size-range. And the peace of innovation is only accelerating, each year we would find another bottleneck solved enabling new trillion-dollar markets.

The first driver of this new Space Era has been the NASA, that by the late 90s started to engage with private companies in R&D projects that would eventually evolve in the current model where Space endeavours are not only for Government Agencies shifting to Startups.

In the early 2000s the bottleneck was just going to orbit, giving birth to companies like SpaceX and Rocket Lab. Unfortunately, Draper Cygnus was not actively investing at that moment so we missed that cycle (our Partner Tim Draper did backed Elon Musk and SpaceX).

By the time we came across Satellogic, the cost to orbit was not as low as today and SpaceX still was at its beginnings but for us it was clear that in the near future that was going to be the case, enabling companies like Emiliano`s.

Fast forward to 2018 where Earth Observation constellations were a reality and a new bottleneck arised. Now these high resolution cameras mounted on top of small satellites were creating Petabytes of information in orbit while their telecommunications systems to bring the data to earth were still designed for the previous paradigm, and it was only going to get worse. Skyloom , another Draper Cygnus portfolio company, was set to solve this new problem with a novel approach of optics and laser communication, creating the “broadband” for Space. So we invested in their seed round in 2018 and did follow on afterward.

If we continue with this framework, with the previous bottlenecks solved, what is next?

Currently, if a space mission needs to process large amounts of data or run an AI algorithm they will find another bottleneck: radiation tolerant processors are slow, Moore Law has not yet reached space. Our latest investment early this year, Novo Space, is leading this challenge by creating high performance computers and software platforms that enable the use of the same OS and Software solutions available in terrestrial computers and servers for the next space applications such as Automation and Manufacturing, Edge Computing, ML and AI processing in Space. Again, this enables enormous business opportunities and also new bottlenecks to solve.

Until now, we were only thinking in terms of the problems and applications in Earth Orbit. The next paradigm is replicating in Space, Mars and the Moon everything available on earth.

Going back to the beginnings

Space has always been an important part of Venture Capital history. In fact, it is actually the reason why the Venture Capital industry started back in the 60s. That decade was signed by a combination of a literal “moon shot” like putting a man on the moon, that drove an enormous purchase power from the US Government and Venture Capital backing the early “silicon startups” like Fairchild Semiconductors that provided the “integrated circuits” needed to control a rocket.

Bold entrepreneurs, standing on the shoulders of science and fueled by VC have pushed humanity in “waves”

And now we are entering a new cycle. The coming decade for VC still has an incredible upside in continuing digitizing everything but is also resetting the tech cycle.

Science-Fact is catching up with Science-Fiction, and since entrepreneurs will continue to push forward we will need more creative writers for the movies and series stories!

The first Venture Capital cycle started with the Space Race, if that was the seed for the incredible value created in the past 6 decades, just imagine what will happen with this new Space Era!

At Draper Cygnus we believe it will unleash 100x more value in a fraction of the time.

And we are ready to back those heroes starting new Space companies. Don’t miss this once in a lifetime opportunity and join us.

To infinity and beyond! 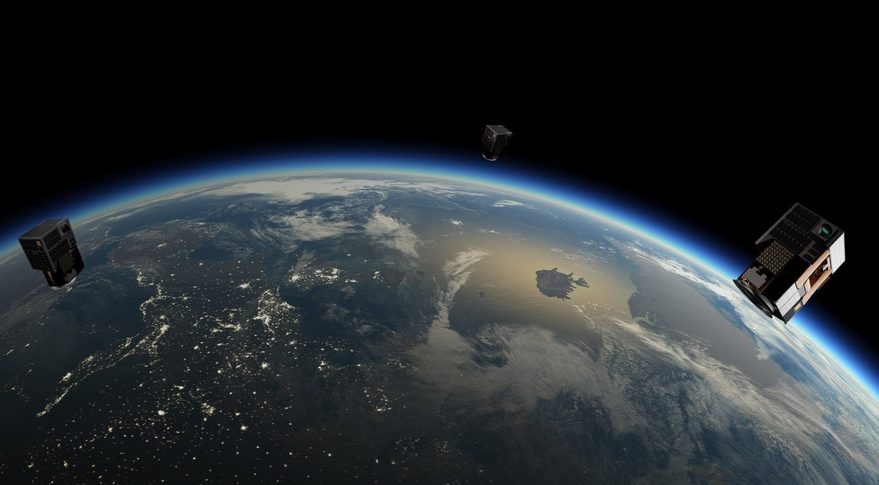